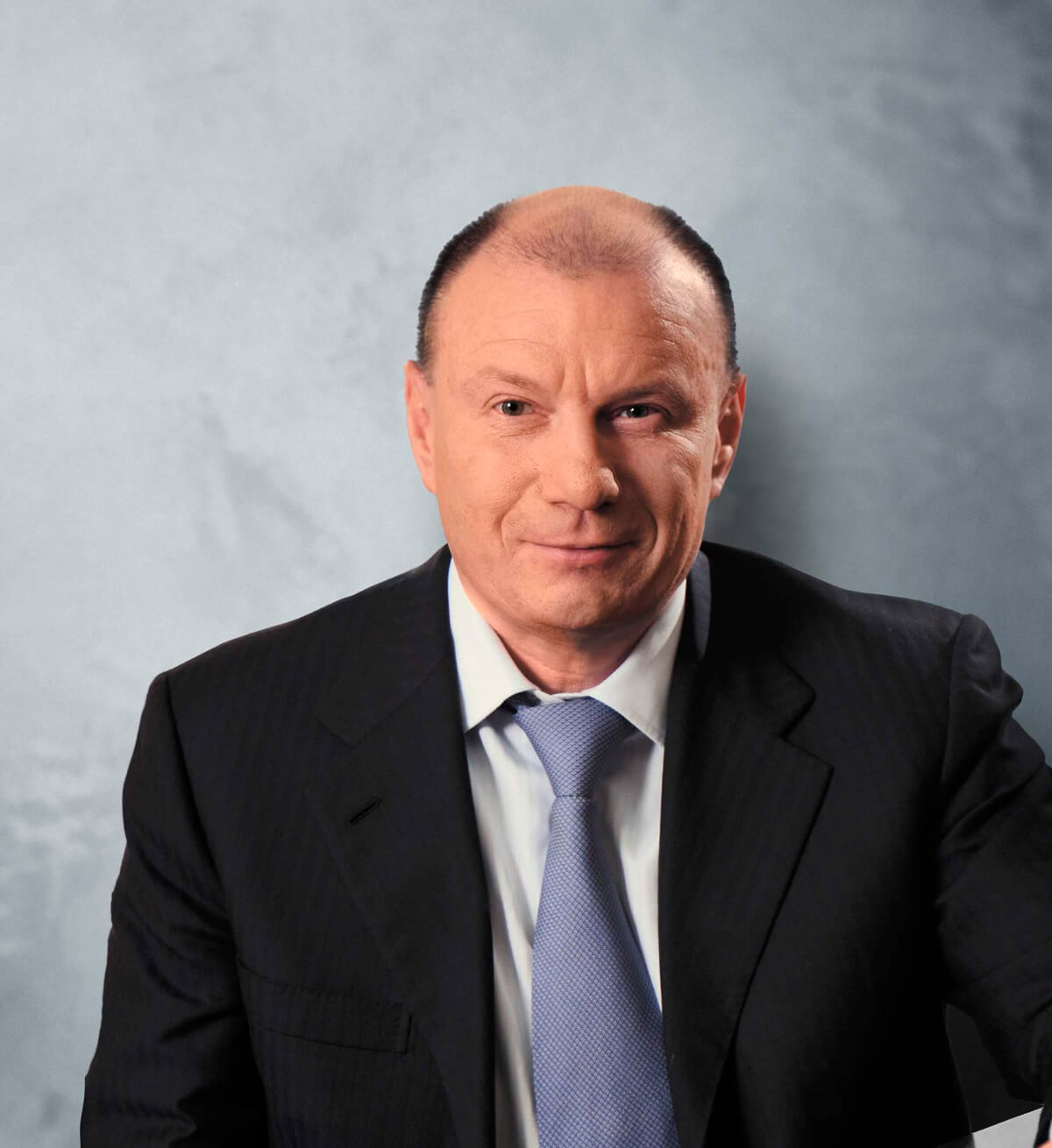 It was half a decade ago, back in 2013, when the Company’s new management team launched a five-year strategic programme, so in addition to the last 12 months of 2017, I would also like to speak about the performance over the last five years.

When we took the reins in 2013, we had our work cut out for us. We had to whip the Company into shape, and we started by shoring up the budget and investment discipline, reconfiguring our production chains, upgrading smelting capacities and preparing integrated solutions for multiple environmental problems.

Today, I can say that we have followed through on each of these targets, even despite the constant metal price fluctuations, capital markets uncertainty and geopolitical challenges. Our operations were not the only field where we excelled: thanks to consistently strong financial performance and well-organised dialogue with the investment community, we were able to lock in a substantial dividend yield of more than 60% over the last five years.

In 2017, we completed a number of key development projects that were started back in 2013–2014. Talnakh Concentrator reached full design capacity, marking a milestone in Nornickel’s major investment project to upgrade equipment and reconfigure processing capacities. Improved concentrate quality and expanded processing capacities at Nadezhda Metallurgical Plant and the Kola MMC refining facilities fully offset the discontinued smelting capacities following the shutdown of Nickel Plant. As a result, the output of all our key metals from own feedstock grew by 7–15% compared to 2016.

+7–15% increased production from own feedstock

In late October 2017, we launched Bystrinsky GOK in Zabaykalsky Krai, which was the largest Russian greenfield project of the last decade. For us, Bystrinsky GOK is not just another new asset, which is going to be outputting 70 kt of copper and 250 koz of gold annually, but a platform to implement the most advanced technologies and practices, both in the sphere of production, social policy, environment protection and HR management.

Inspired by the synchronised global expansion, investors showed renewed interest in commodities, which supported the recovery of the non-ferrous and platinum group metals prices in 2H 2017. As a result, Nornickel’s revenue grew by 11% to USD 9.1 bn, while EBITDA stood at USD 4 bn with the margin of 44%. CAPEX amounted to USD 2 bn, the bulk of which was spent on continuing the production capacity reconfiguration programme, executing high-margin mining projects and completing Bystrinsky GOK.

Thanks to the favourable global market environment and historically low interest rates, we were able to decrease the cost of our debt. During the last year, we repaid high interest rate rouble loans in the amount of RUB 60 bn, placed two Eurobond issues for USD 1.5 bn with record-low coupon rates for Nornickel, made a downward revision to the rates on our existing credit facilities for a total amount of USD 2.5 bn, and raised a syndicated loan of USD 2.5 bn from a pool on international banks at an unprecedentedly low interest rate for a Russian company. Together, these achievements helped drive down the future interest payments by over USD 100 mln.

The life and health of its employees remain Nornickel’s top priority. The Company has put in place a large-scale programme for prevention of workplace injuries and accidents, carried out behaviour audits and workplace certification, and implemented the latest occupational safety standards. We also started the digitisation of production processes at underground mines. Despite the human factor still causing some work-related fatalities, we were able to almost halve their number. No matter how small, that number is unacceptable for us, and we are going to do all we can to achieve a zero fatality rate.

The Company’s social work is not limited to its production facilities. Across all regions of its operation, Nornickel strives to better the urban environment, improve living conditions, and support public initiatives in the respective areas. Since 2014, the Company has been hosting a grant competition of social projects, which aims to support public initiatives and facilitate sustainable development. Over the last three years, the competition drew 1,087 bids, out of which 294 were selected for funding, with the total of RUB 265.5 mln allocated by the Company.

1,087 bids were received at a grant competition for social projects over three years

Volunteering is becoming increasingly more popular among Nornickel’s employees. For example, the Let’s Do It environmental marathon, which seeks to promote careful and responsible attitudes to the regions of operation and ecology on the whole among the Company’s staff, has become a corporate tradition. In 2017, it saw participation from thousands of Nornickel employees, who are also part of the Plant of Goodness corporate volunteer programme.

Another important development of 2017 was the end of the fibre optic communication line construction, which finally gave Norilsk residents access to high-speed internet. It will make it faster and easier for us to introduce IT solutions at the production sites while also improving the community’s living standard.

Despite the achievements of the last five years, we realise there is still a lot of work ahead of us and do not hesitate to set even more ambitious targets. The absolute priority for us is the material improvement of the environmental conditions in the Norilsk Industrial District and the Kola Peninsula. Last year, we initiated the so-called Sulphur Project, which will enable the Company to cut Polar Division’s sulphur dioxide emissions by 75% by 2023. This truly massive project will involve the construction of major sulphuric acid production capacities with subsequent neutralisation capabilities and will cost up to USD 2.5 bn. We will continue work on the Kola MMC production chain upgrade, which will allow us to shut down part of the smelting capacities and thus achieve a twofold decrease in emissions.

We aim to make Nornickel a truly “green” company, which will include not only decreasing the harmful footprint of our facilities, but also promoting our products as a means of ensuring environmentally-friendly development of the humankind. Nornickel is already recognised as the largest global producer of metals used in manufacturing of automotive catalysts, which help improve urban air quality across many countries. High-quality nickel is an indispensable component of batteries for electric cars, which will dominate our planet’s roads in the future.

To maintain Nornickel’s status of the industry powerhouse long into the future, we are putting together a portfolio of growth projects that include development of the Southern Cluster (potential to ramp up production from 2 to 6 mt of ore), expansion of Talnakh Concentrator, and a project to develop disseminated ore fields in the southern part of the Norilsk Industrial District.

We are certain that successful execution against our targets over the next five-year period will ensure exponential growth of Nornickel and lay the groundwork for generating long-term shareholder value.

President,
Chairman of the Management Board MMC Norilsk Nickel