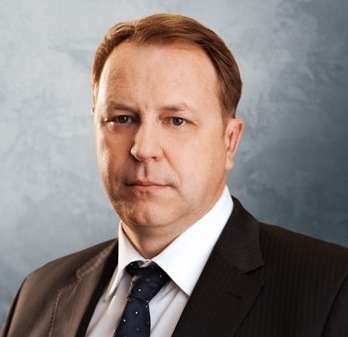 In 2017, the Company completed the first stage of its environmental programme, with Talnakh Concentrator reaching the design processing capacity and recovery rates. According to our estimates, in 2017, given the Nickel Plant shutdown in 2016, the total sulphur dioxide emissions reduced by 5% across Polar Division and by 30–35% within the city of Norilsk. Last year we announced the launch of the second stage of our environmental programme, which includes the Sulphur Project in Norilsk and optimisation of the smelting capacity at Kola MMC. As a result, we plan to cut the sulphur dioxide emissions by 75% in Norilsk by 2023 and by 50% at Kola MMC as soon as in 2019

At the end of 2017, Nornickel’s Polar Division completed a project to redirect emissions from slag and matte mixers and other aspiration gases from low-height sources to Copper Plant’s flue-gas stack DT-1. This created better conditions for the dispersion of emissions and reduced ground-level concentrations of pollutants in the residential area of Norilsk.

Nornickel’s management team considers environmental protection an integral part of the production process. The Company complies with the applicable laws and international agreements and is committed to reducing emissions, on a phased basis, and sustainable use of natural resources.

In 2017, the environmental management system (EMS) continued to operate as part of the Corporate Integrated Quality and Environmental Management System (CIMS). This enabled the Company to harmonise environmental and quality management initiatives with the operations of other functions (such as production management, finance, health and safety). With this approach, the Company is better fit to streamline its environmental efforts and enhance overall performance.

With the EMS, Nornickel benefits from:

Throughout 2017, the Company carried out internal audits as part of the CIMS. In line with international standards and Norilsk Nickel’s by-laws, internal audits were conducted by specially trained and competent personnel:

To confirm compliance of the EMS with ISO 14001, the Company engages Bureau Veritas Certification (BVC) to conduct surveillance audits once a year and recertification audits once every three years. In November 2017, an EMS recertification audit was held as part of the CIMS at the Company’s Head Office in Moscow, Polar Division's production sites in Norilsk, Polar Transport Division (Dudinka) and Murmansk Transport Divisions (Murmansk).

The audit confirmed that MMC Norilsk Nickel’s EMS complies with ISO14001:2015 (Compliance Certificate No. RU228136 QE-U of 4 December 2017). Based on the audit findings, BVC issued recommendations on potential improvement areas and highlighted the overall strengths of the Company’s EMS.

In 2017, the EMS operated in accordance with the new version of ISO 14001:2015. To comply with this international standard, among other things, the Company revised its Environmental Policy approved by MMC Norilsk Nickel’s Board of Directors (resolution No. GMK/33-pr-sd of 5 October 2017).

In line with ISO 14001 and principles of environmental openness and transparency, the Company cooperates with the legislative and executive authorities, control and supervision agencies, international and public organisations, mass media, shareholders, investors, local communities and other stakeholders.